What can we learn from Socrates? The lifelong pursuit of character; in a year that matters.

Tonight I had the pleasure of joining one of the Aeara Foundations: Wiser Conversations, hosted by the remarkable Derek Handley, and guest Dr Edward Brooks from the Oxford University Character Project.

The headline of the talk was “Conscious Character Building”. I don’t know about you, but I doubt there has ever been a year when my character has been more challenged. So I thought it was a worthy way to spend an hour on my Wednesday evening.

Two hours later, I realised I had gained access to two brilliant global minds on such a seemingly simple concept. It seems therefore too good not to share the learnings:

My first question was. how do you define Character?

Character isn’t something that can be easily defined, nor something that has a universal definition. Whilst the Oxford Dictionary defines character as “all the qualities and features that make a person, groups of people, and places different from others to have a strong/weak character”, I found Dr Brook’s definition much more interesting.

He described ‘character’ as being ‘understanding, motion, motivation and action’ – how we interpret all we have learned, our conscious and unconscious principles, and put them into use, to drive how we act.

He also described character as essentially a way that our ‘virtues’ are portrayed. So our character might portray virtues we have grown up to believe are positive – such as ‘hospitality’ (if our parents loved to entertain) or ‘privacy’ (if family secrets were to be protected) – whatever they are, we learn these virtues early from our cultural paradigms or our familial early environments. Our experiences might have also developed virtues less positive such as impatience, greed or despair – in retaliation to survival in our emergent environments.

Both our positive and negative character however is most definitively learned. The big question is – do we attend to it enough? Do we pause and evaluate our character? And can we grow or control it? The answer was an encouraging, most certainly.

Which to me, was powerful. As in times of anxiety and transformational change – there has never been a better time to review, refresh and revamp that virtues and character we want to live by.

Next up: how do we know what our Character is?

Our character – as it is formed from such a young age – can become unconscious, instinctive, invisible. And consequently, we can ‘grow into being someone accidentally’. Have you ever had that experience – possibly at a ‘0’ birthday when you sit back and wonder – how did I become this person that I am today? I certainly have!

Dr Brook’s (a seeming expert on the philosophies of Socrates and other great minds) enlightened us that through his studies he has found that wisdom, comes not from assuming what our character is, but through evidence based discovery. And that there are two main ways we can discover our true character:

Can we change our character?

The good news is – that whilst our personalities might be fixed, our character is evergreen. Our ability to adapt from who we were as a child, into who we want to become now, or in our future, is fully in our control.

Socrates believed that to develop character was all about intentionality. The ability to “Become by Being”. “If you want to Be, you have to Do”. Wise.

The repeated practice of an intentional behaviour. A little bit like practising your golf swing – to change a habit, you have to purposefully sit with – the uncomfortable feeling of the new grip. And practice, over and over. The consciousness of change and of adapting to become someone or something that we aspire to, takes work and effort. It won’t happen by accident, and its not always easy. It takes grit and perseverance to consciously change who we are and how we are seen.

So sit back and imagine – who do I want to intentionally become? And what practices, virtues, and patterns might I need to change to attain that?

And importantly, ethics. The concept of Flourishing. Living the good life. Why change to a lesser version of yourself? How might you intentionally aspire to live well? To do good, to be good, to create good? Socrates defined flourishing as:

“the highest good of human endeavours and that toward which all actions aim. … the activities in which the life functions specific to human beings are most fully actualised”

Who can we learn from?

Sadly character in leadership is on the decline. According to the Edelman Trust Barometer, taken in January 2020 less than half of the mass population trust leaders of institutions to “do the right thing”.

And we have many high profile examples currently in both politics and business that might lead us to think that more generally, that human character is on the decline.

When asked what Dr Brook’s defines as the greatest leadership characteristics much needed and/or lacking today he described three things – the Golden Triangle:

He cited leaders such as Angela Merkel and Jacinda Arden as leaders currently displaying virtues of such, amongst others he talks of in his ‘Hall of Fame’

For Dr Brook’s – the best way to learn – is to emulate others. To look for, to seek out, and to learn from those ahead of you on the virtue or character journey. To create your own wallboard – your own personal ‘Hall of Fame’. Who do you most admire? Who’s life inspires you? It doesn’t have to be someone famous – it could be an ex Boss, your neighbour or a friend.

Study them, look at what they do, what matters to you about that and why, whats important to you – and then believe that you are capable of change. It is possible for us all to grow our character, and re-write our narrative, live a different story. Be the change we want to be.

Isn’t that wonderful? And empowering?

One of his closing quotes that resonated so dearly to me was “the wonderful promise of life, is to use all of our experiences, simply to learn, and to grow, and to become”.

For more information on Wiser Conversations, click here. To find out more about Dr Edward Brooks and the Oxford Character Project click here.

(Footnote:: Apologies to Dr Edward Brooks for anything I have misquoted – this was merely my interpretation of your wisdom).

This article was written by Melissa Jenner – Co-Founder of Actualise, Founder of START Now, and Human Innovation specialist at the Tech Futures Lab. To contact me email melissa@actualise.io 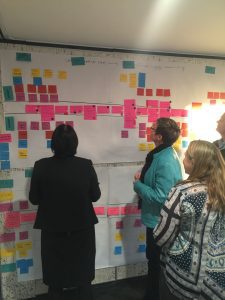 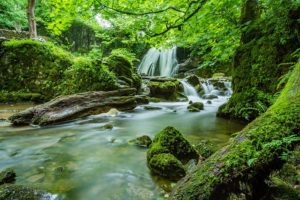 It is a reasonably well understood truth, that designers have a unique ability to create new value, and solve problems – often problems we didn’t